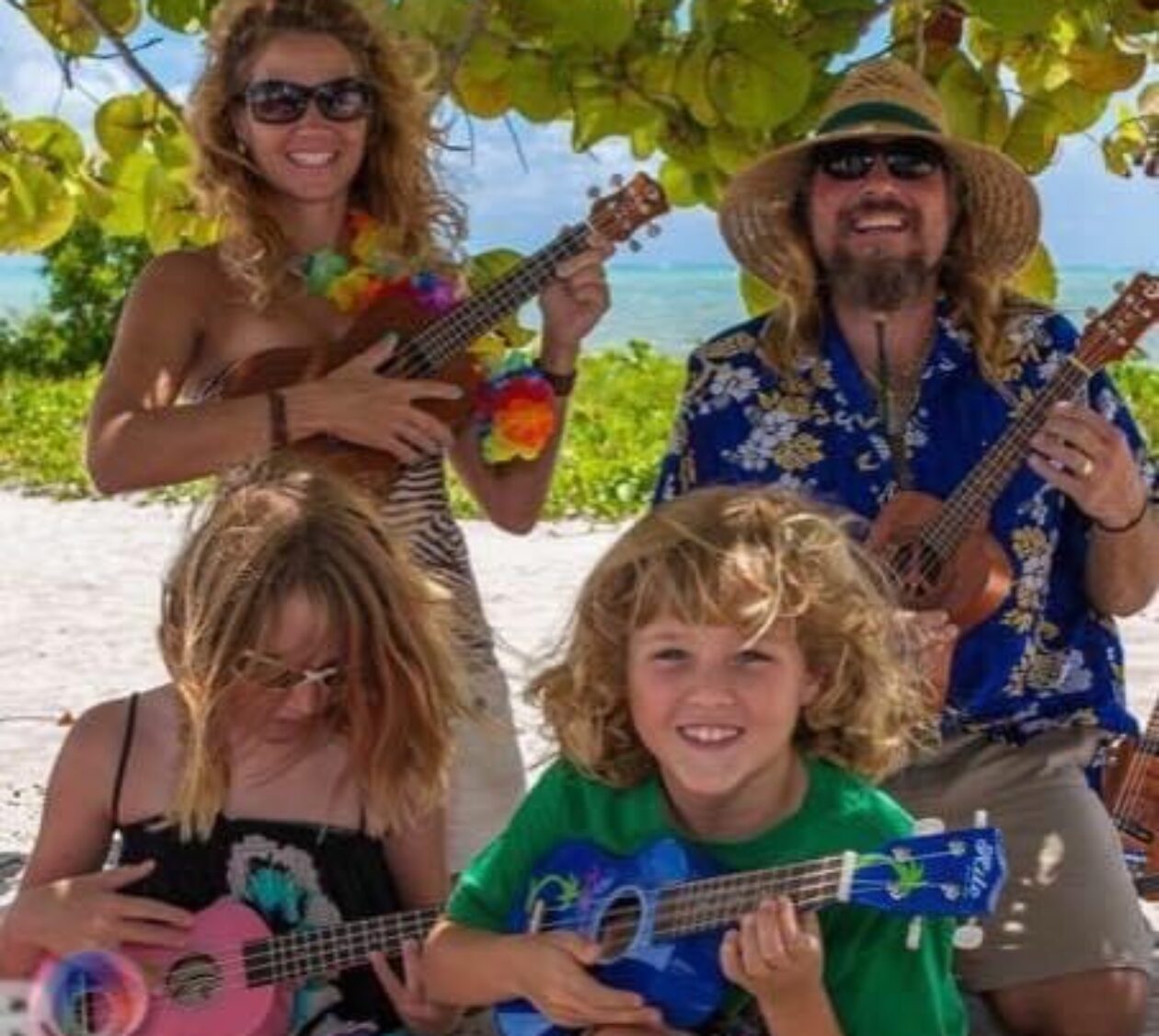 Pls share this it’s the entire Led Zep tribute set I did from the kids cancer benefit concert on 7/31/21 at the Key West Theater. Click link https://youtu.be/p1ixr0SBfPo

2021 July’s “UkeOut” Ukulele party & Open Mic Jam in the Florida Keys at The Green Parrot Bar in Key West was awesome!! Wavy Dave Parkhurst and I played some Led Zeppelin on our Ukulele’s and had more fun than i thought possible from two small ukes. It goesto showyou can ROCK on auke just like a guitar!!!

We are offering online Skype FaceTime and Zoom for ukulele and all instrument lessons.https://islandguitar.com/live-online-guitar-lessons/UkeOut (ukulele open mic jam session) is one island tradition that has helped make Key West the Ukulele Capital of North America.

UkeOut PAGE is the Island Guitar page to support our local (OR visiting) Ukulele players. It’s a resource not only for upcoming ukulele & uke lifestyle related events, but also serves as a resource for answering common ukulele questions on tuning, size differences etc. enter questions for FREE @ http://www.ukeout.com
Please click here for our UkeOut Category https://islandguitar.com/category/ukeout/ or click link under CATEGORY section of this siteHave a GREAT time exploring this site – Peace 🙂 Just use the search bar on top or side of this page to ask or search for anything ukulele, guitar, music, etc related!! Search for information, photos and dates on UkeOuts, Concerts, Lessons, ANYTHING MUSIC !!

Thank you everyone. It’s time to help some little Key West children/angels & their families that need some relief/resources. I love ALL of you. Thank you for any & all help spreading the word of the cause & this benefit show to support the cause. Having lost NICKY our 10yr old son after fighting blood cancer so bravely for a year that seemed like 10, this is top shelf priority for me & my family. I like to kick cancer in the teeth every chance I get.

It’s all so painful for Jamie & I & my dear daughter Leela – but at the end of the day – we’ve either helped, or we didn’t – but no matter the pain, the mental low LOW points, the tears, envy, jealousy, survivor guilt, guilt of the NEVER ending urge to block my bad memories in ways that are very destructive & debilitating to my mind body & soul & destructive to my family unit – I AM In this for life – I’ll help fight cancer & those fighting as long as I can in life & til death and perhaps even beyond if I can figure out how.
I’m on the front line for GOOD!!!!!!